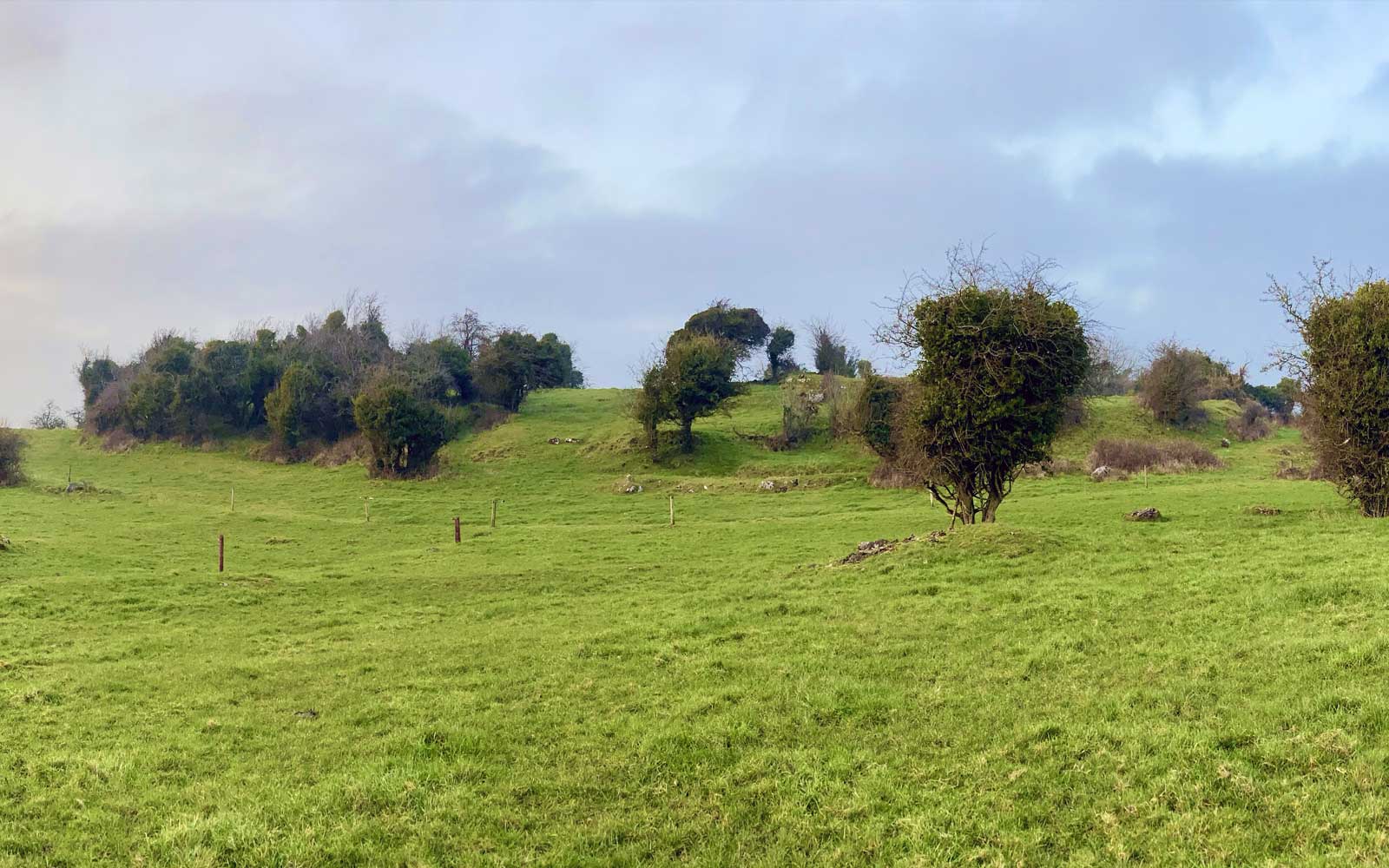 The Hill of Uisneach consists of a set of monuments and earthworks spread over two square kilometres. On and around the hill are the remains of a conjoined ringfort, circular enclosures, barrows, cairns, holy wells and ancient roads. These monuments and relics range in date from the Neolithic, early Bronze Age to the medieval period, indicating human activity spanning some five millennia.

Below are just a few of the monuments that are found on the Hill of Uisneach, that feature as part of our guided tours. 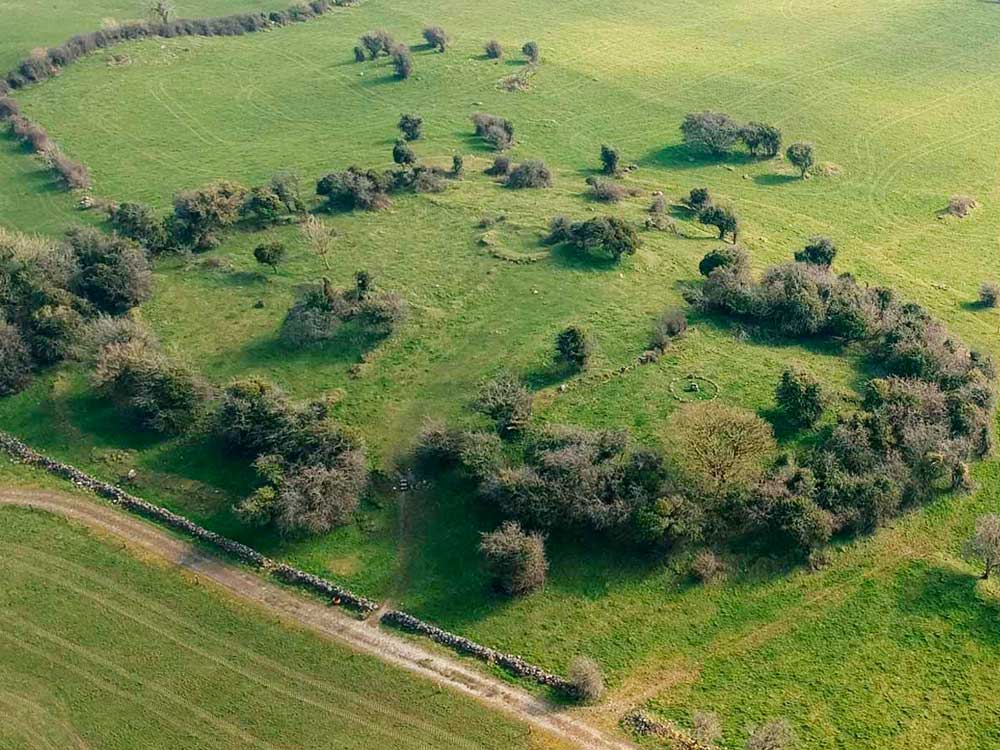 The conjoined ring fort known as The Palace confirms Uisneach’s royal legacy. When first excavated in the 1920s, it was believed to be one of the palaces of the legendary King Tuathal Techtmar from the First Century AD, as well as the O’Neill and Colman clans in the later Medieval era. Excavations revealed an opulent royal dwelling with the remains of several houses, two souterrains being discovered, along with various other features associated with domestic occupation spanning several centuries. An ancient roadway linking Uisneach to the Hill of Tara was discovered. There is another roadway running up to The Palace from the south which is still visible. 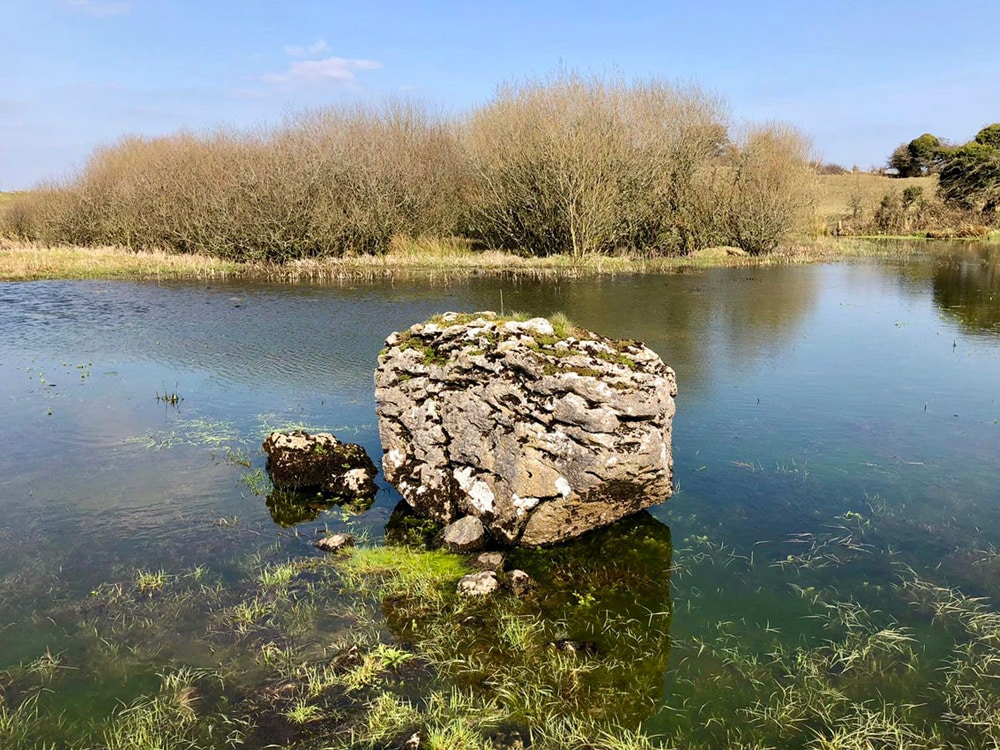 Lough Lugh is a small lake surrounding a central earthwork, located about 300m east of the summit of Uisneach Hill. The lake has been identified as ‘Loch Lugborta’ where, according to early Irish tradition, the god Lugh was drowned by the mythical trio, Mac Cuill, Mac Cecht, and Mac Greine, and subsequently buried in a cairn nearby. A lake was present here at the end of the last ice age, some 12,000 years ago, but began, over the millennia, to develop into a marsh. Sometime in the late prehistoric period, the lake was dug out to restore open water conditions. Its associated mythology and comparison with similar bodies of water at other royal centers suggest that Lough Lugh served a ritual purpose in prehistory. 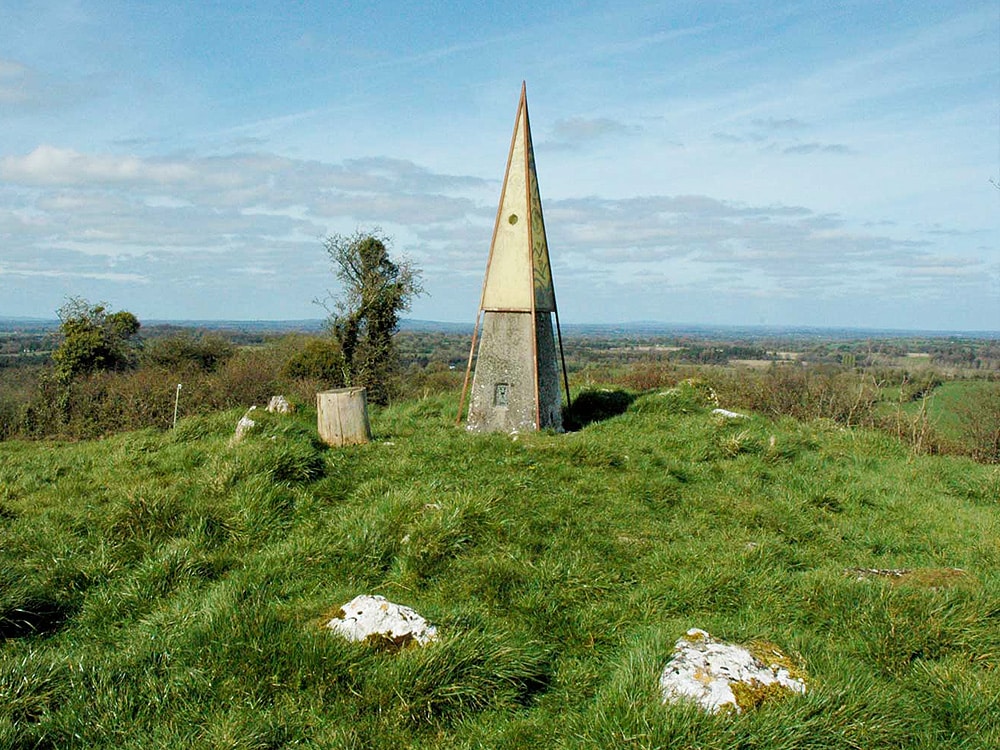 The monument known as ‘St. Patrick’s Bed’ crowns the highest point of the Hill (180m above sea level) and commands extensive, panoramic views over the central plain of Ireland. Although yet to be excavated, it is considered to be the remains of a Neolithic passage tomb with an entrance facing west. Ground surveys have shown that the monument is surrounded by a circular enclosure (25m diameter) which may be the oldest man-made feature on the Hill of Uisneach. The name 'St. Patrick's Bed' may come from its use as a mass rock during penal times.

Stone of the Divisions 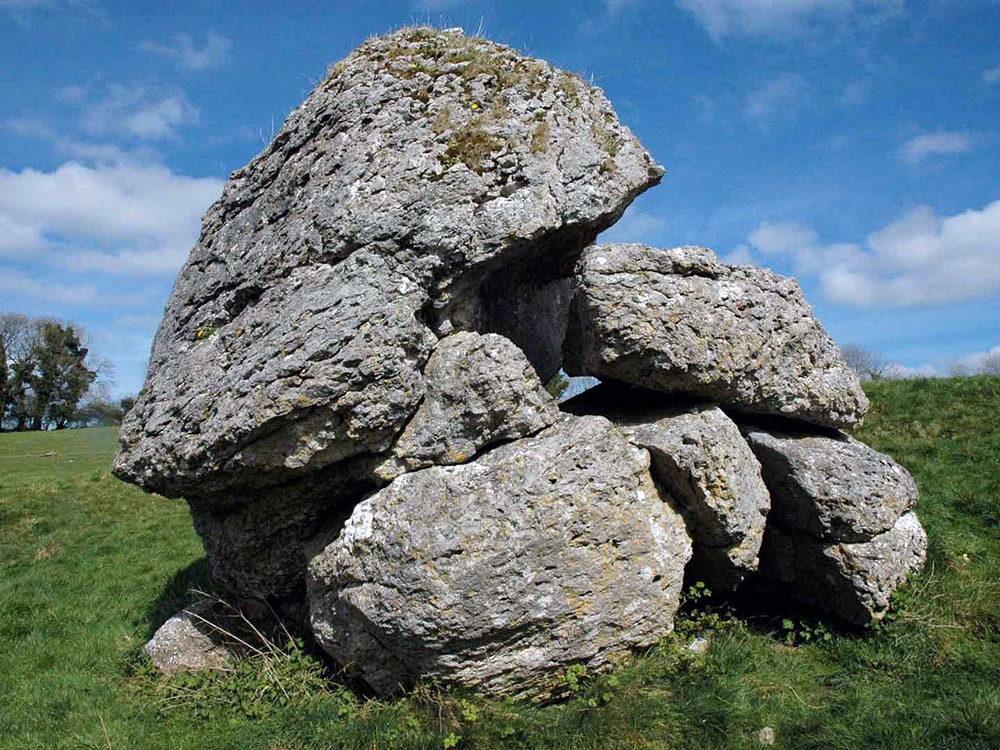 On the southwest side of the hill is a large, oddly-shaped limestone rock inside a circular enclosure. It is almost 6 metres (20 ft) tall and thought to weigh over 30 tons. In Irish, it is called the Ail na Míreann ("stone of the divisions"), as it is said to mark the exact centre of Ireland and the meeting point of the ancient provinces. The stone itself is a limestone erratic, deposited here at the end of the last Ice Age. It is surrounded by a pond/ring-barrow (c.25m diameter), a type of monument associated with Bronze/Iron Age burial traditions (c. 2400BC-400AD). According to Irish mythological tradition, it is here that Ériu, the sovereignty goddess of Ireland is laid to rest.

The archaeology, mythology and early history of Uisneach have been the subject of ongoing research by Dr Roseanne Schot (NUI Galway) since 2001. As well as studying the twenty or so archaeological monuments that can still be seen on the hill, she has carried out extensive geophysical surveys which have revealed a wealth of buried archaeological remains that shed important new light on Uisneach’s history and role as a ceremonial centre in prehistory.

Macalister, R.A.S. and Praeger, R.L. 1931. The excavation of an ancient structure in the townland of Togherstown, Co. Westmeath. Proceedings of the Royal Irish Academy 39C, 54–83. 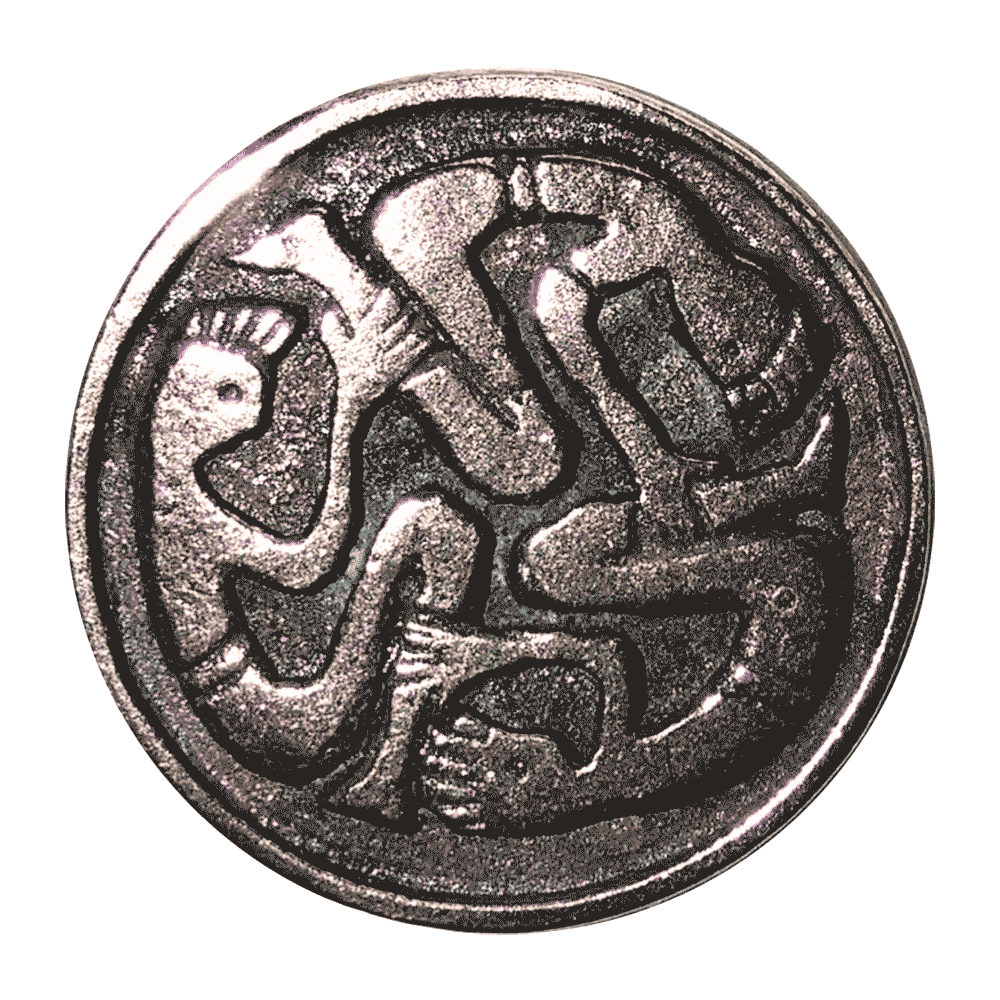