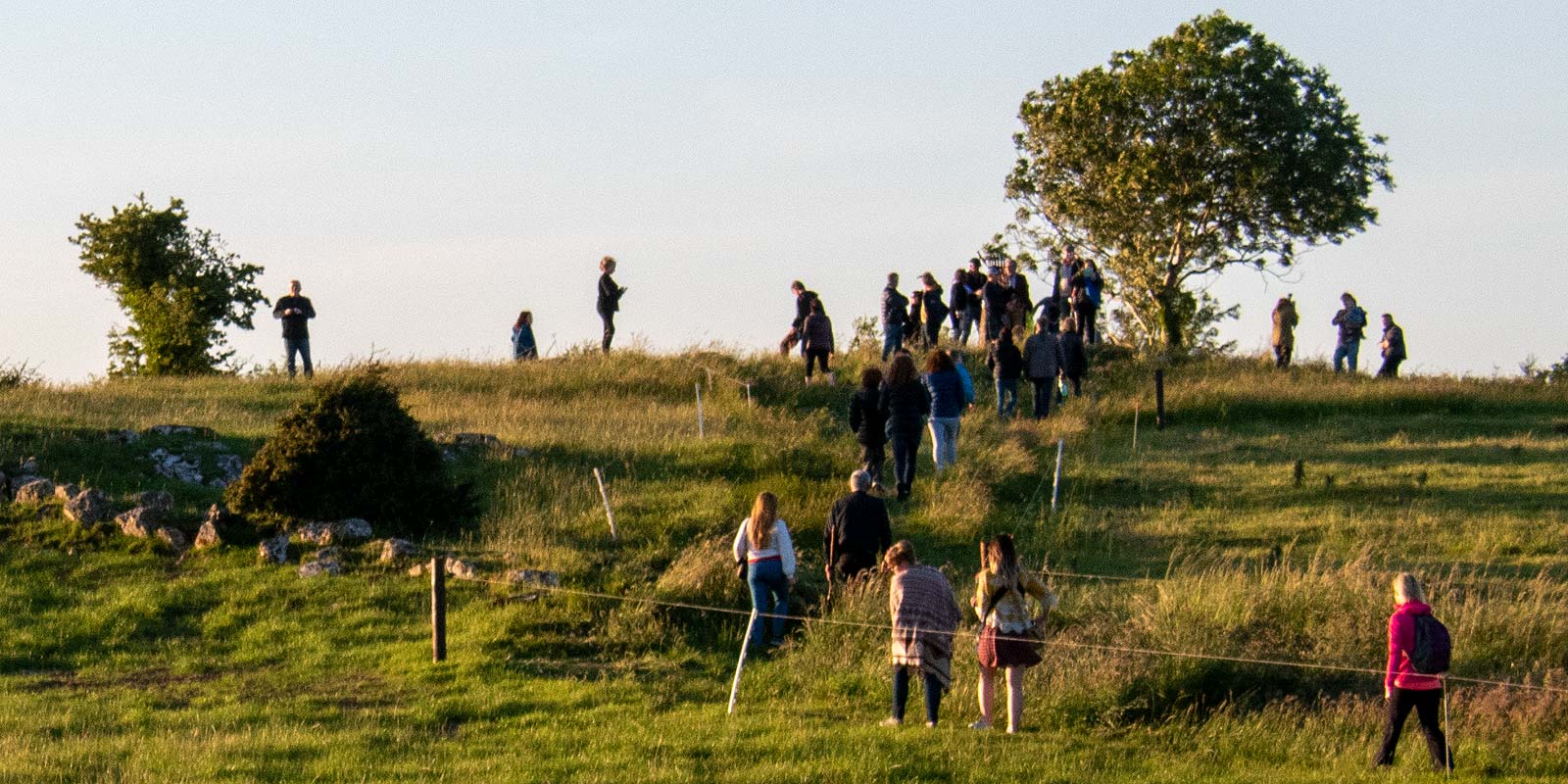 Our guided walking tour leads you through the myths and legends of Uisneach, the Sacred Centre of Ireland. Learn of the High Kings, Goddesses and Gods that once spent time on this special Hill. Take in the uninterrupted 360˚ views stretching over 250 acres. Ramble onto the High Kings’ residence, a conjoined ring fort – The Palace and our many historical monuments. Walk the landscape with your local, trained guide, learning the mythology and folklore of the Hill.
A 2hr, gentle walk of approx. 3 km. it rains sometimes so don’t forget to dress for the occasion !

Enjoy a bespoke guided tour on a day and time that suits you. Our private tours are customised according to personal preferences & requests. Also included is time for exploration, relaxation & rejuvenation. The tour concludes with an intimate Q&A session with your expert tour guide, in the comfort of our Visitors Centre.

A 5000-year-old journey of discovery awaits ! 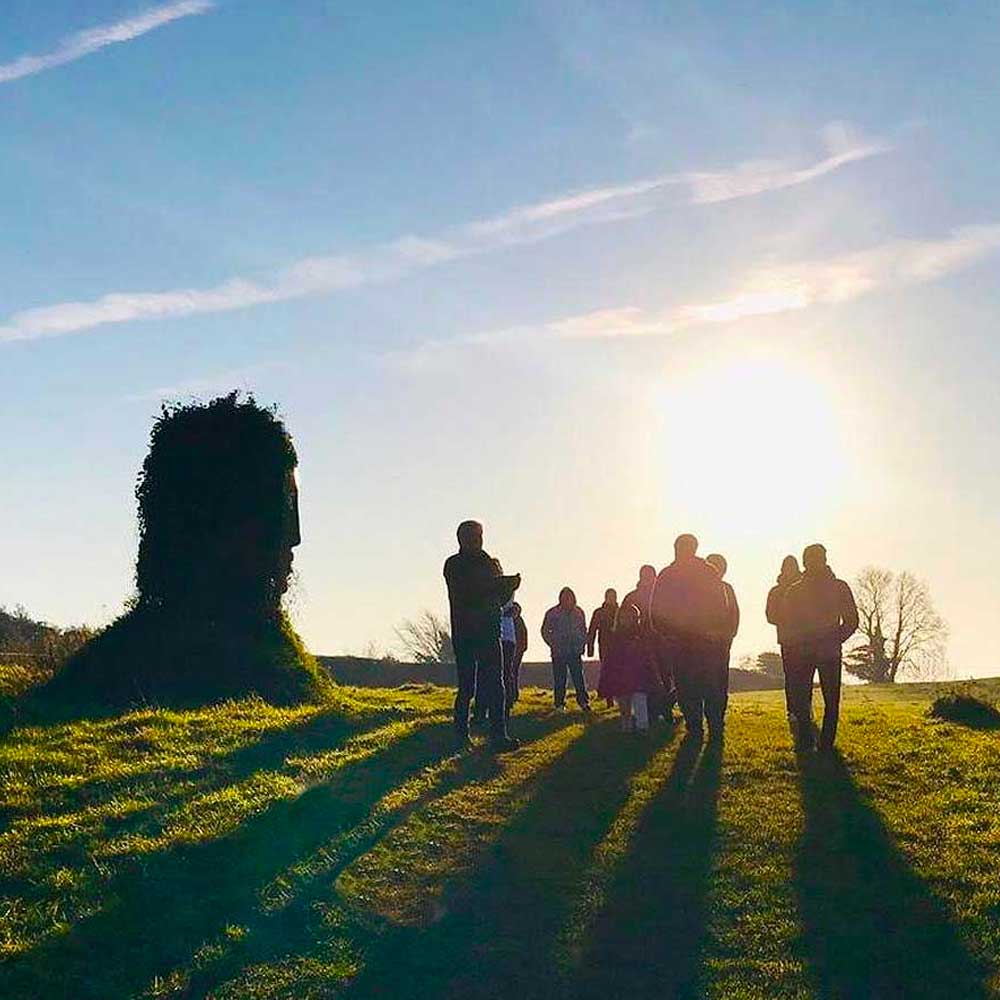 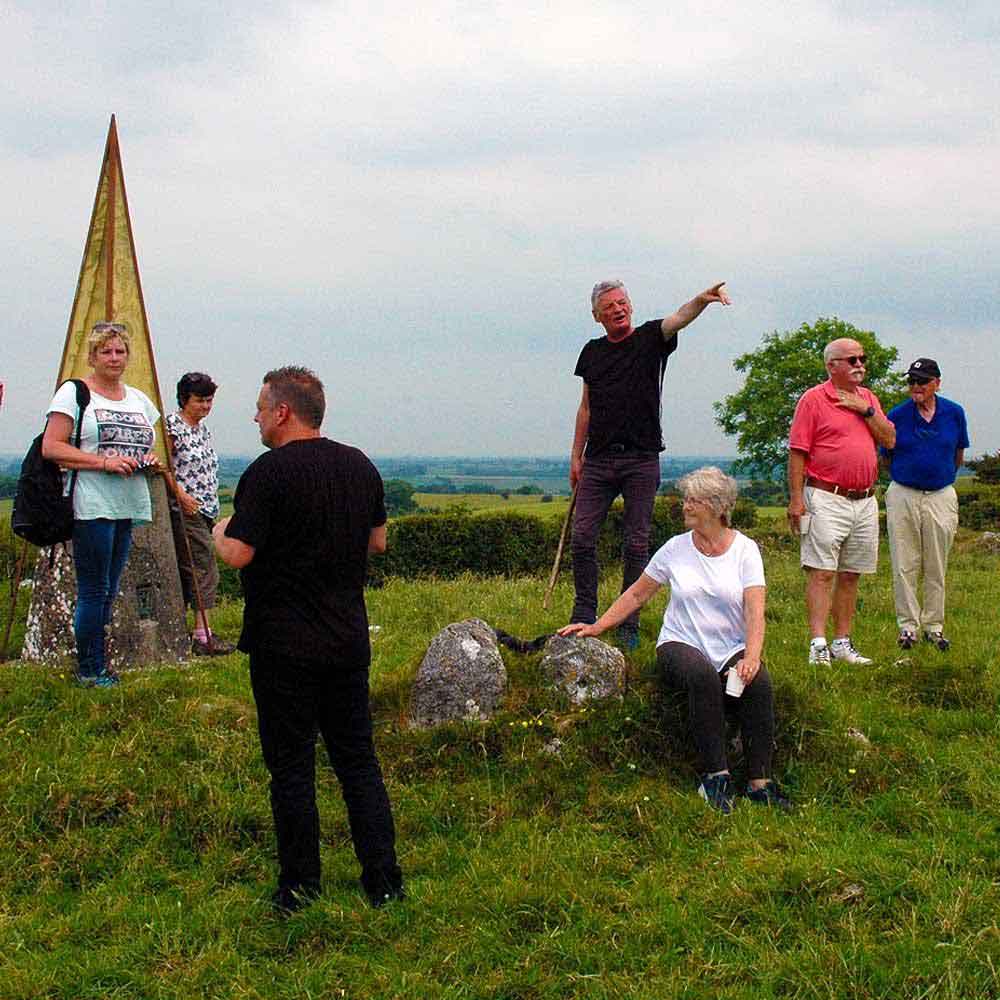 This conjoined (figure of eight) ring fort was the subject of a major archaeological excavation by R.A.S. McAllister in the 1920s. It revealed the remains of several houses, two souterrains, and various other features associated with domestic occupation spanning several centuries.

Named after the Sun God Lugh and deemed to be the place where he met his mortal end at the hands of Mac Cuill, Mac Cécht, and Mac Gréine. The nearby bronze-age prominent mound, Carn Lugdach, is said to have been raised in his honour.

From this probable megalithic tomb the view encompasses almost all of Ireland with up to twenty counties being visible on a clear day. St. Patrick is said to have established a presence here during the fifth century.

The most famous feature on Uisneach is undoubtedly Ail na Mireann (the stone of divisions), known locally as The Catstone. It is also known as Umbilicus Hinerniae, Axis Mundi, and the navel of Ireland. This huge glacial erratic symbolises Ireland, united in its divisions and it marks the centre of Ireland where the provinces came together. It is underneath this stone that Ériu, after whom the country is named, was laid to rest. 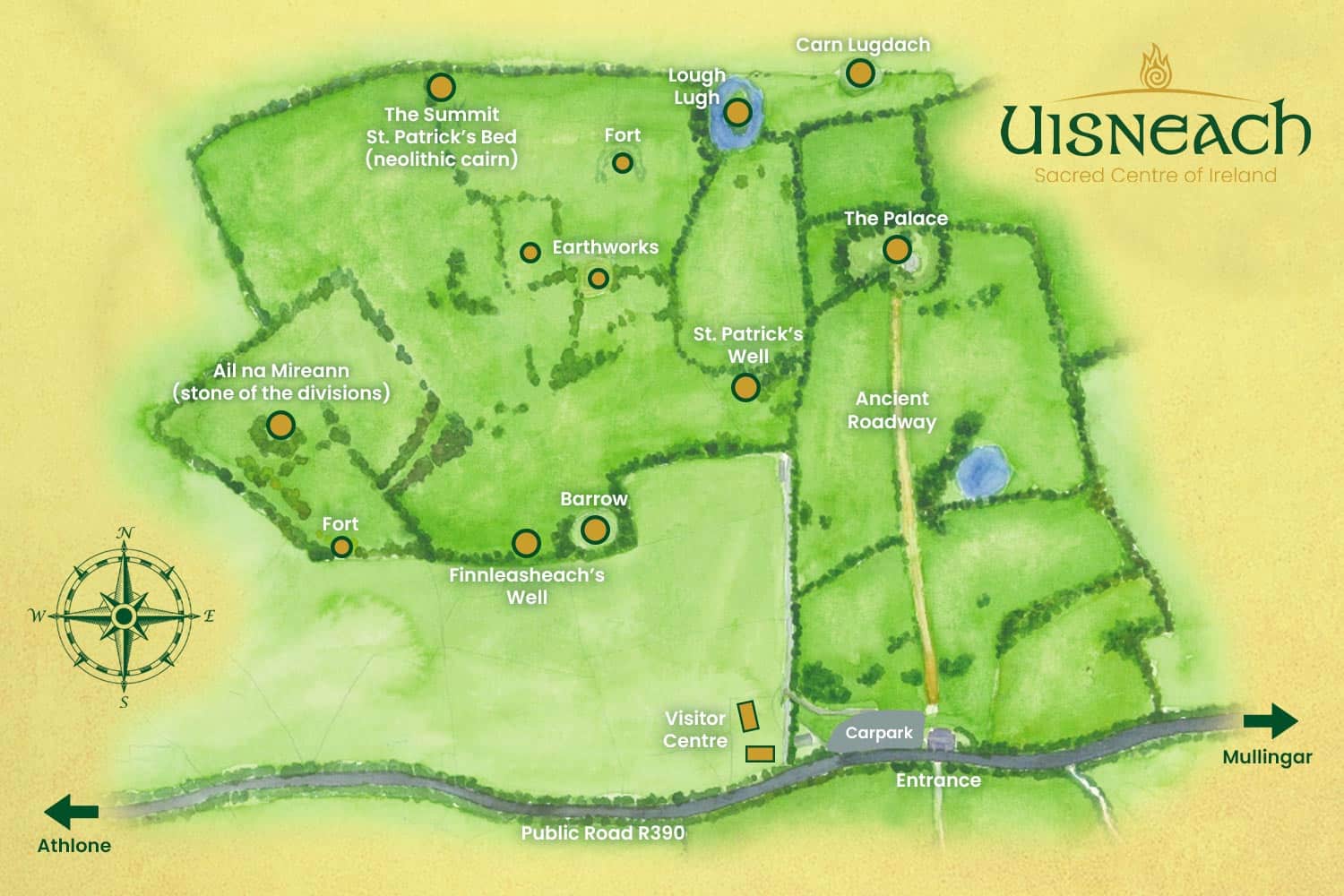 Unauthorised access to the Hill is not permitted for insurance and safety reasons. A suitable level of physical fitness and appropriate footwear and clothing are necessary.

Please be advised that the Hill is private property and a working farm with livestock, machinery and other dangers. Your charge covers personal insurance while on site with your guide. No dogs permitted on public tours.

All tour entrants must remain in the presence of the Guide and act in accordance with the direction of the Guide for the duration of the tour. Take Notice that the Occupier of this farm given the nature, character, and activities of this farm, hereby in accordance with section 5(2) of The Occupiers Liability Act 1995, excludes the common duty of care to visitors under section 3 of The Act.