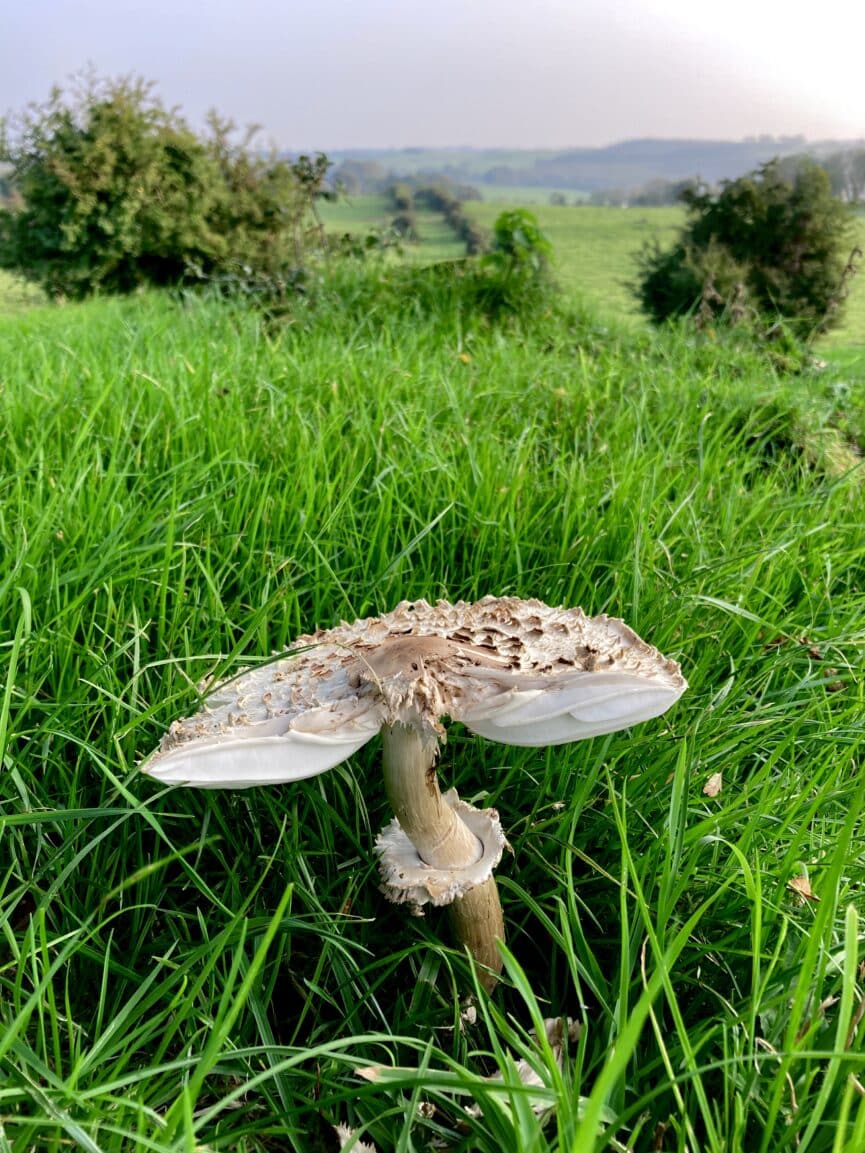 Heritage on the Hill comes in many forms. . . Our flora and fauna is diverse and second to none in the area.

The Hill as far back as has been recorded, has always been farmed. It is a living testament to its guardians over the years, that have sensitively nurtured while utilising it so that its form, shape and ecology has not changed much and looks as it did, since the time of the High-Kings. . .

At the moment the Hill is delivering Puffball Mushrooms ! Puffball Mushrooms are a solid white mushroom that pops up over night in fields, meadows, and open areas. They come about in late Summer and early Autumn. Sometimes they can be found on decaying trees but never found on live ones. They too can be found in well-lit areas of forests, where there may be a break in the canopy above, allowing light through to the forest floor.

To describe a perfect Puffball it should have; no gills underneath and when cut through the head of the mushroom, it is solid / dense, resembling a marshmallow or a ball of mozzarella cheese. There should be no patterns, markings, or discolourations on it. If the inside of the Puffball is discoloured, or if any part of the mushroom is soft and / or broken, it has become too ripe and should never be eaten.

The Puffball has a distinctive floral-like taste, not everyone’s cup of tea ! They have been used for a number of things other than consumption – beekeepers have been known to use them to calm their bees down by gently blowing in the fumes of smouldering puffballs to the hives to gain easier access. In folk medicine of some Native American Tribes reportedly, they would use them to help prevent infection and also to treat bleeding.

It has been said that when Puffballs are found growing in a large circle – it is called a “fairy-ring”. This occurs naturally. In many different European folklore tales, these “fairy-rings” had many meanings. Many though believe that they were dangerous spaces for humans because it was a ring for the fairies and imps to play in and create mischief !

If you do decide to forage Puffball Mushroom, please be sure not confuse them with any other fungi. If in doubt, leave it alone for nature to do with it as intended ! Never consume anything from the wild that may bring doubt.

‘Spreading the Words’ is a series on the histories of Irish words from literature and everyday life written by Sharon Arbuthnot and Máire Ní Mhaonaigh. Here in this recording read by Aidan O’Sullivan, explores the Irish names of various kinds of fungi and uncovers their supernatural association ! 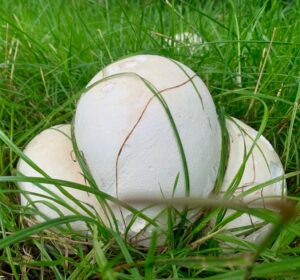