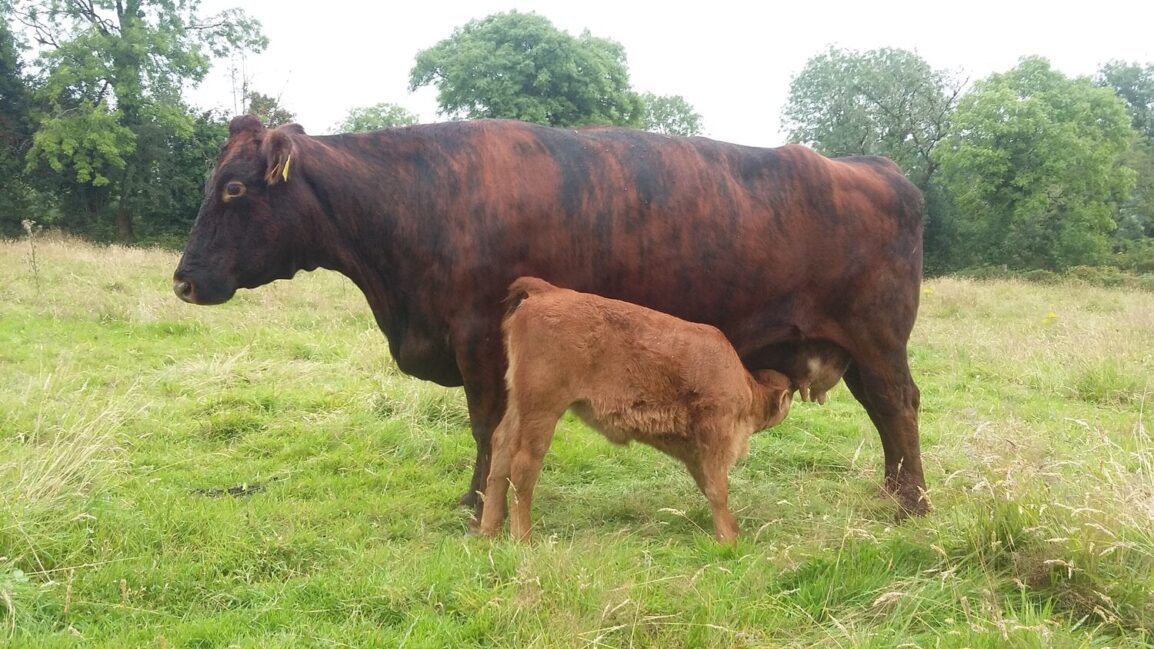 A little bit of Irish Folklore on these cold and windy March days…
“Days of the Brindle Cow”, in Irish “Laethantha na Bó Riabhaí”
In our Irish Calendar, The Days of the Brindle Cow or The Old Cows Days are the final days in the month of March and the first three days in April.
This expression comes from an old folktale, demonstrating the unpredictability of the weather at this time of year here in Ireland. . .
The folktale is as follows:
As the month of March drew to its end, an old brindled cow boasted to the rest of the herd that even this harshest of months could not kill her. The month of March, overhearing the boastful heifer, took umbrage with her and so decided to teach her a lesson. . .
So, March ‘borrowed’ three days from the month of April and made each of them bitterly cold, sending howling westerly winds and heavy rains. The result was the demise of this poor and unfortunate Brindled Cow !
The Brindled Cow (Bó Riabhach) was once a common native breed here in Ireland but now are dwindling out.
From the Irish Rare Breeds Association:
“The word “riabhach” is given in O Donaill’s dictionary as “streaked”, striped, brindled and the spelling has remained unchanged back to Old Irish. The pronunciation in English is “on vo ree-av-och”. Riabhach also has wider meanings as in speckled grey, dull, drab, e.g. “ La riabhach” – a dull day.
Unfortunately, the numbers of Bó Riabhach Cattle remaining in Ireland are estimated to be as little as 60-70 and are spread amongst ten devoted breeders throughout the country.”