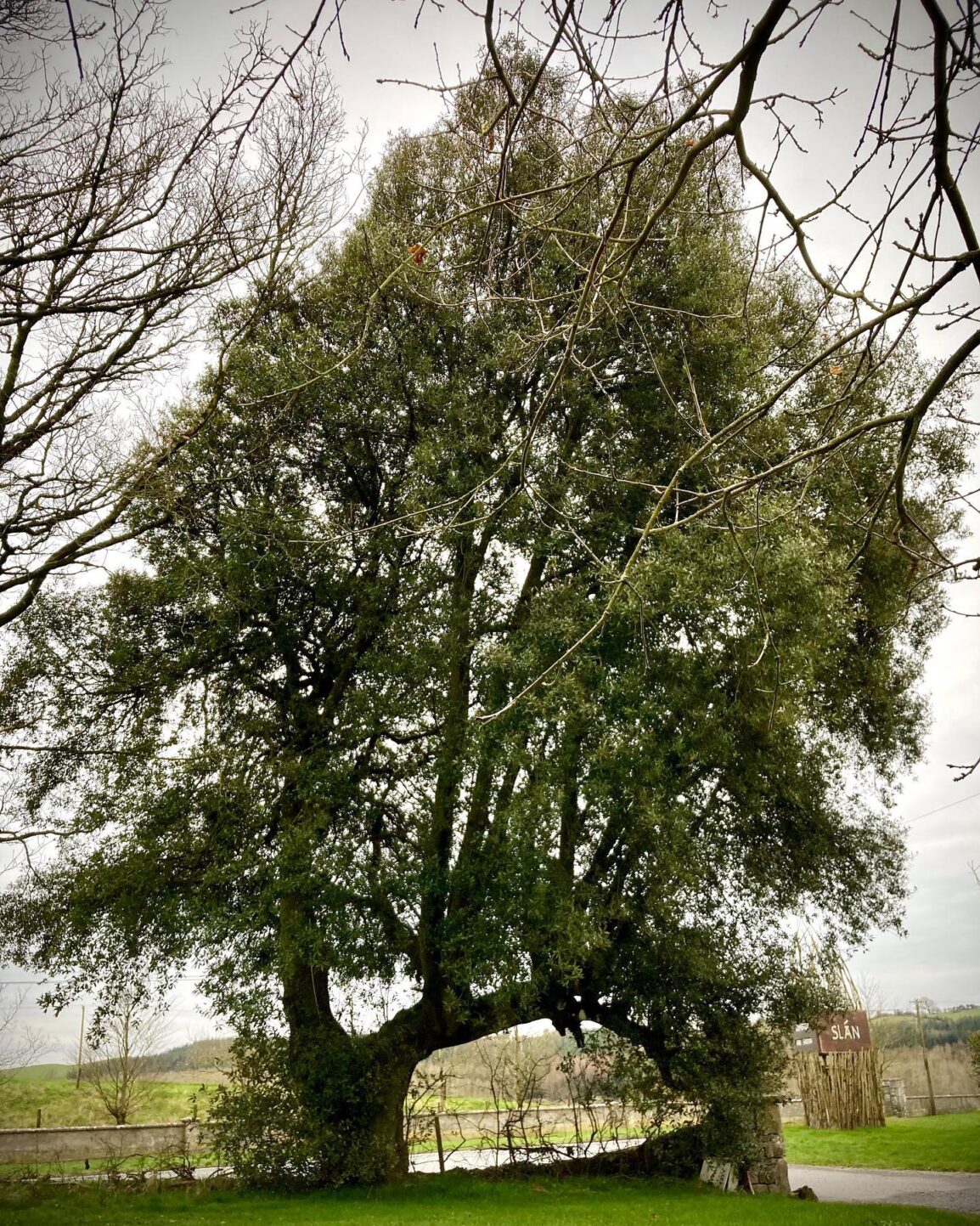 Dotted around the Hill we have some of the most beautiful, untouched native and non-natives trees. Left alone to provide shelter and feed the ground, we truly love what they all bring to the landscape. . .

Many of you who have visited us may have noticed the huge Oak at the entrance. . . and perhaps some of you will have spotted that it is forever green !

Quercus ilex, otherwise known as the Holm Oak, is a very large evergreen Oak and takes its name from the ancient word for Holly. It is not a native of Ireland, its roots are from the Mediterranean (no pun intended !).

It was introduced to into Western Europe in the 16th Century. Later, the Victorians took a love for it and planted it; demarking long avenues and driveways to their country and stately homes – some still remain in situ. . .

This mighty and statuesque Oak is said to live many years – found on the island of Malta, is a small grouping of these Oaks and they are said to be between 500 and 1,000 years old !
The Holm Oak is one of the top three trees used in the establishment of truffières because of the symbiotic relationship it has with the fungus – truffle.

Pliny the Elder, the Roman author and naturalist philosopher, writing in 77 AD, observed:
“The druids – for so their magicians are called – held nothing more sacred than the mistletoe and the tree that bears it, always supposing that tree to be the oak. But they choose groves formed of oaks for the sake of the tree alone and they never perform any of their rites except in the presence of a branch of it; so that it seems probable that the priests themselves may derive their name from the Greek word for that tree.”

The Holm Oak that greets our guests and friends at the entrance to the Hill, has a bough that has grown outwards towards the drive. . . we like to think of it as a ‘welcoming arm’ reaching out, extending the Hill of Uisneach’s welcome ! 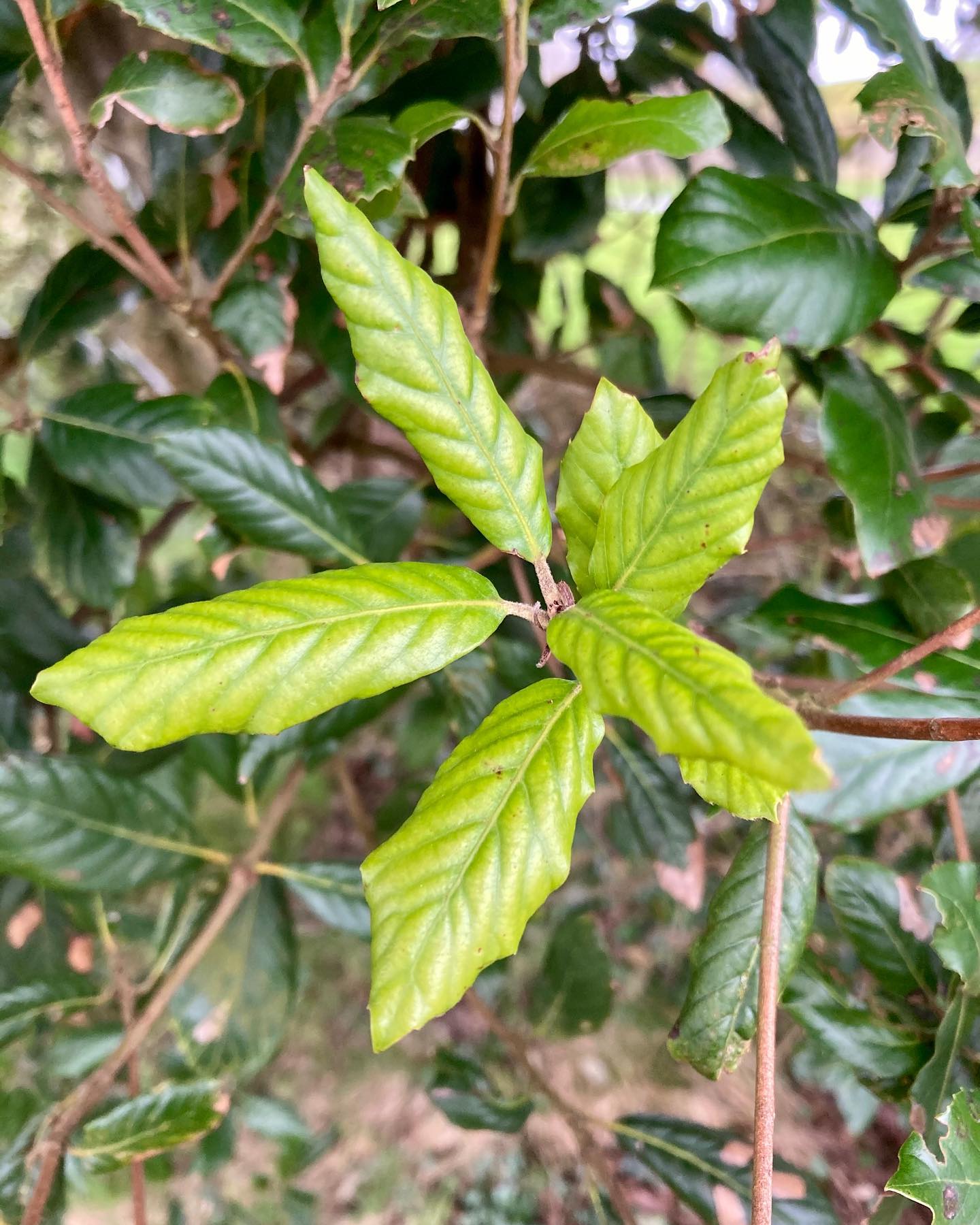