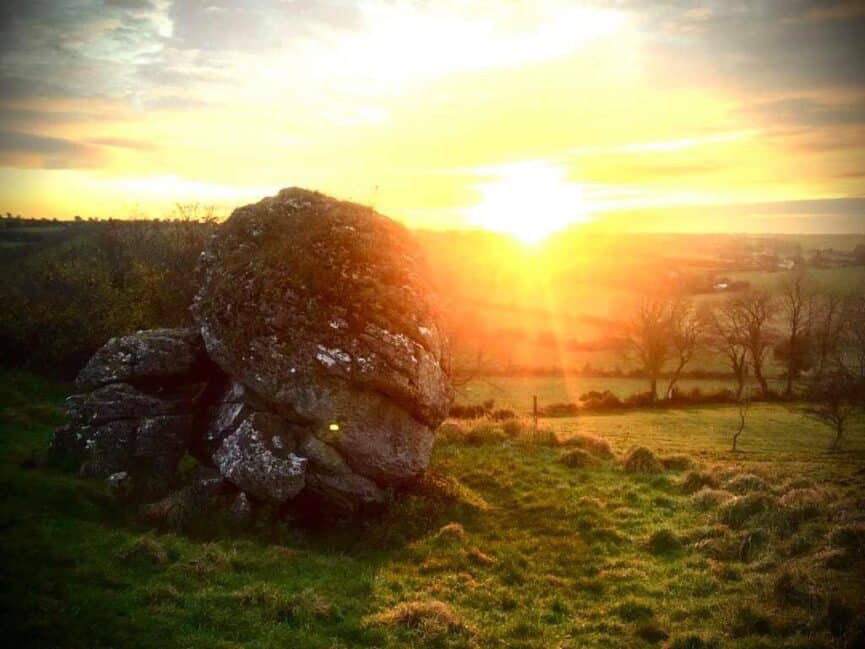 The Tuath Dé (“tribe of the gods”) or as we have later come to know them; the Tuatha dé Danann (the people of Danú – there are no myths nor legends associated with Danú in any of our Irish texts. The name is thought to be derived from a Proto-Indo-European word ‘dʰenh’, meaning ‘to run’ or to flow’.).

It is written that this band of people were descendants of Nemed / Nimeth. Nemed is a character, detailed in the 11th Century book, Lebor Gabala Érenn (The Book of the Taking of Ireland), as the leader of the third wave of people to have settled in Ireland – succeeding Partholón and preceding the Fomorians.

According to Lebor Gabála Érenn, when the Tuath Dé arrived they came “…in dark clouds”. They “…landed on the mountains in Leitrim “…and they brought a darkness over the sun for three days and three nights”. They burned their fleet of ships “…so that they should not think of retreating to them, and the smoke and the mist that came from the vessels filled the neighbouring land and air. Therefore it was conceived that they had arrived in clouds of mist”.

The writers of our mythology described the Tuath Dé as kings, queens and sometimes heroes from a very distant past. Some people believe they represent the deities of pre-Christian Ireland. They have been depicted as having supernatural powers and at other times, they are described as fallen angels. Whichever they were, they were seen to be immortal as tales written about them were written and set centuries apart.

It is thought that they live in the ‘Otherworld’, a realm of the deities. In mythology, it is thought that in this supernatural parallel universe where deities would enjoy good health, beauty, everlasting youth, abundance and great joy. To enter it one must be either a god/dess of the Otherworld or to be invited in.
To enter the Otherworld, one would do so via portals which are often megalithic tombs and cairns, but also landscape features such as sacred caves, Hawthorn trees (faery trees) and sacred hills too. We have heard of mere mortals being invited to pass by being offered fruit or being left a piece of cotton to follow. . . Tempted ?! Well, here on the Hill of Uisneach we believe that we have one of those portals . . . At the Ail na Mireann, the Catstone – Ériu’s resting place.

Some of the better known mythological characters associated with the Tuath dé are: The Dagda, Lugh, Nuada, Brigid, the Morrigan, Goibniu and Dian Cecht. 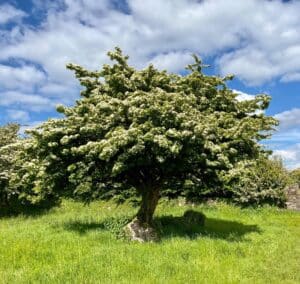