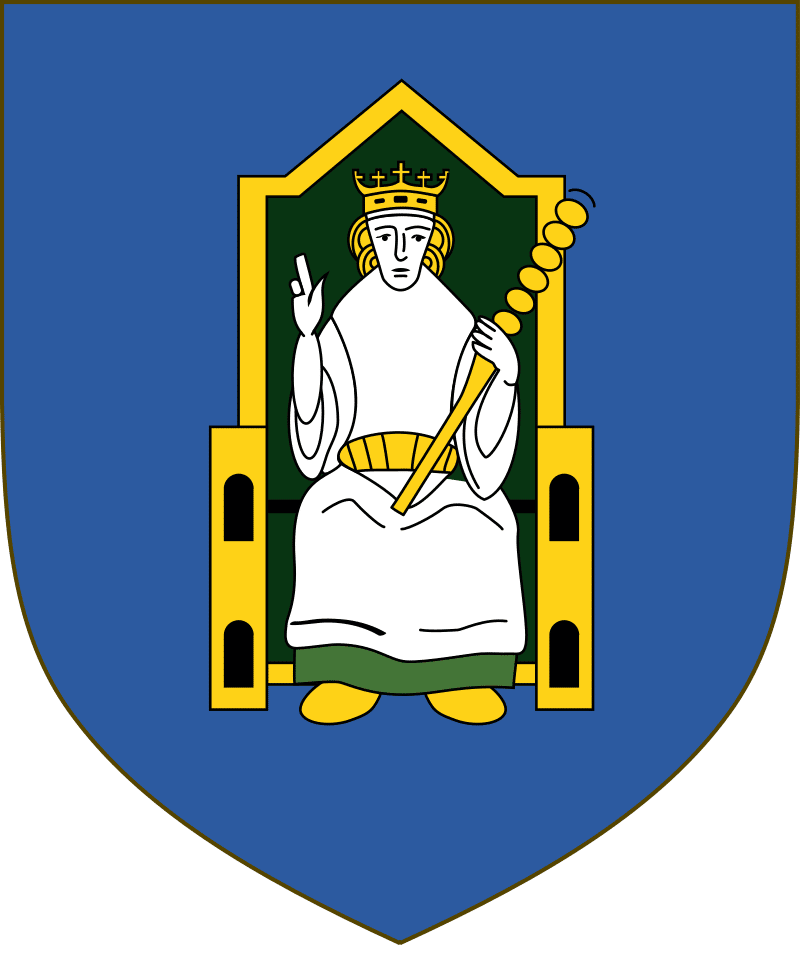 The Kings of Uisneach were of the Uí Néill clan, the name meaning ‘descendants of Niall’. From what we understand from accounts recorded, it was time of incessant quarriling sometimes between rival clans and other times it was inter-clan.

In The Book of Leinster, the earliest Kings of Uisneach are listed as:

Conaill Cremthainne mac Néill also called Conall Err Breg, died in 480. He was the son of Niall of the Nine Hostages. There is nothing of him recorded in the Book of Leinster but his death date. According to ‘A life of St. Patrick’ by Tírechán – a 7th Century Irish bishop, Patrick blessed Conall but refused to bless his brother Fiachu at Tailtiu – In historical times the town of Tailtiu was where the principal assembly of the early Uí Néill dynasties was held. (Tailtiu is now known as Teltown in Co. Meath but then was this was part of Mide).

Fiachu Mac Néill, died in 480. He succeeded his brother Conall Cremthainne as High King of Uisneach. Fiachu refused baptism from St. Patrick who then put a curse on Uisneach. Tírechán, a 7th Century bishop gives a different account of events, saying that Fiachu’s son had killed one of St. Patrick’s followers during the visit and in turn St. Patrick laid a curse on his descendants.

Maine Mac Cerbaill, died in 538. He was also the grandson of Conall Cremthainne and brother of the High King Diarmait Mac Cerbaill. He battled with the first king of the Ui Fiachrach Aidne (South Galway area), Goibnenn Mac Conaill and lost his life to him at the Battle of Claenloch.

Diarmait Mac Cerbaill, died 565 (also king of Tara). Diarmait was said to be the last of the Kings of Uisneach to follow the pagan rituals of inauguration, the ‘ban-feis’ (marrying the goddess of the land). Hundred and fifty years later, an abbot named Adomnán of Iona, describes Diarmait as “ordained by God’s will as king of all Ireland” but the annals say that Diarmait celebrated the ‘Feast of Tara’ and as this was a pagan inauguration ceremony – God would not have been present ! Diarmait was not to be ‘turned’, he was, according to most traditions, forever in conflict with saints and holy men. . . a later poet recorded Diarmait’s words found in his poem in the Book of Leinster: “Woe to him that contends with the clergy of the churches !”

Suibne Mac Colmáin, died in 600. He was slain treacherously at Brí Dam on the Suaine in Co. Offaly by his uncle, Áed Sláine.
More to follow tomorrow . . . 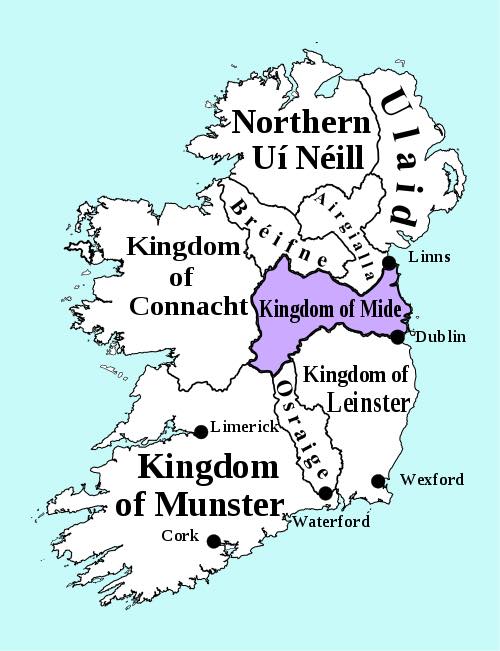