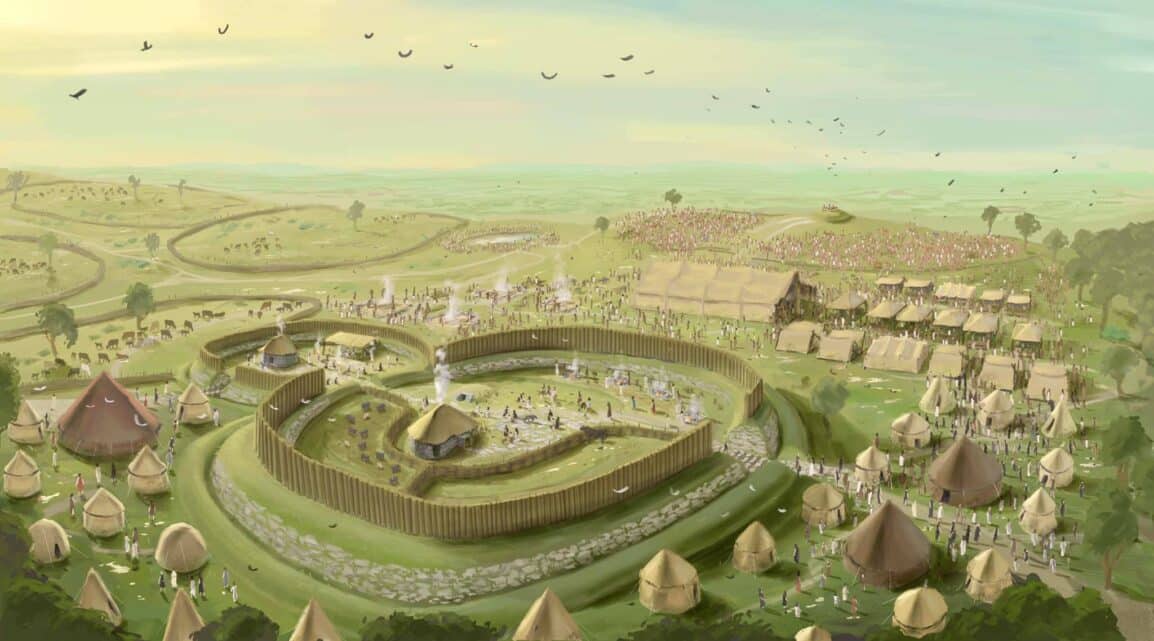 After the ‘Irish Dark Age’ (a period from 100 BC – roughly 300 AD. The phrase was coined by Thomas Charles-Edwards to describe a gap in the archaeological record coinciding with the Roman Empire in Britain and continental Europe). The Irish population was widely dispersed and lived rurally. Small Ring forts or Ring farms would have held a few families in the one place but no villages or towns would have been formed. Archaeologists have concluded that the vast majority of these are the farm enclosures of the well-off, of early Medieval Ireland. At lakes would be found Crannógs (a dwelling on a partially or entirely artificial island).

Farming cereals and cattle was their means of sustenance, we know that cereals were grown from about AD 200 onwards, with barley and oats being the dominant crops. Cattle were greatly prized and it was common that herds would be ‘appropriated’ so there was a herdsman with them at all times during the day and at night, they would be placed in an enclosure.
The lands would have been covered with all types of native trees. This would have impacted on any area that would have been needed for farming. So trees needed to be cleared harshly, to make way for crops and cattle, having a near detrimental affect on the native Scots Pine by the 9th Century, leaving it near extinction. . .

Fergus Mac Colmáin, ruled Uisnech from 600 to 618, when he died. He was the son of Colmán Már and brother of Suibne Mac Colmáin. In 618 he was slain by Anfartach Ua Mescáin, of Muintir Blaitíne Co.Louth. His demise was believed to be the result of a grudge between the two.
Óengus Mac Colmáin ruled from 618 to 621. According to the genealogies, he was a son of Colmán Bec and his death is recorded in the Annals of Ulster.

Conall Guthbinn mac Suibni, was the son of the former king of Uisneach – Suibne Mac Colmáin. He ruled from 621 and died 635. In 622, during the Battle of Cenn Deilgthen, Conall defeated a rival faction of cousins. This led to continued battling right up to his death when his cousin, Diarmait Mac Áedo Sláine, killed him in the house of Nad Fraích’s son (recorded in the Annals of Ulster). Guthbinn meant ‘sweet voiced’.

Máel Dóid Mac Suibni, was the son of Suibne Mac Colmán and brother to Conall Guthhbinn Mac Suibni. He ruled from 635 until his death in 653. While he is mentioned in the annals, it is only his death date that is recorded.

Diarmait Dian mac Airmetaig Cáech, he was the grandson of Conall Guthbinn Mac Suibni and son of Airmetach Cáech. He was killed in 689 by Áed Mac Dlúthaig again as a result of an old feud between battling kings.

Murchad Midi, was the son of Diarmaid Dian Mac Airmetaig Cáech and succeeded him until his death in 715.

Battles were commonplace and the only way to settle feuds and disagreements. During the Battle of Bile Tened led by Murchad and the Síl nÁedo Sláine, Murchad’s brothers Áed and Colgu were killed during the first round of battle. The opposition’s Flann Mac Áedo was killed in the second round resulting in the killing of Murchad’s father by Flann’s father.

On the same day of Battle of Bile Tened, the men of Meath won a seperate battle, killing a high king – Forbassach Ua Congaile. According to the Annals of Ulster, shortly afterwards the chief of Síl nÁedo Sláine, Fogartach mac Néill, was “expelled from the kingship and went to Britain”. Fuelling yet again the kings feuds, Fogartach’s uncle took his revenge and killed Murchad.
________________***________________
Battles were commonplace, as we’ve learned here from the outline of the Kings of Uisneach. Niall of the Nine Hostages began a line of strong succession, keeping his family name firmly alive through many years. We may come back to again and cover his importance and some of the stories that surround him. 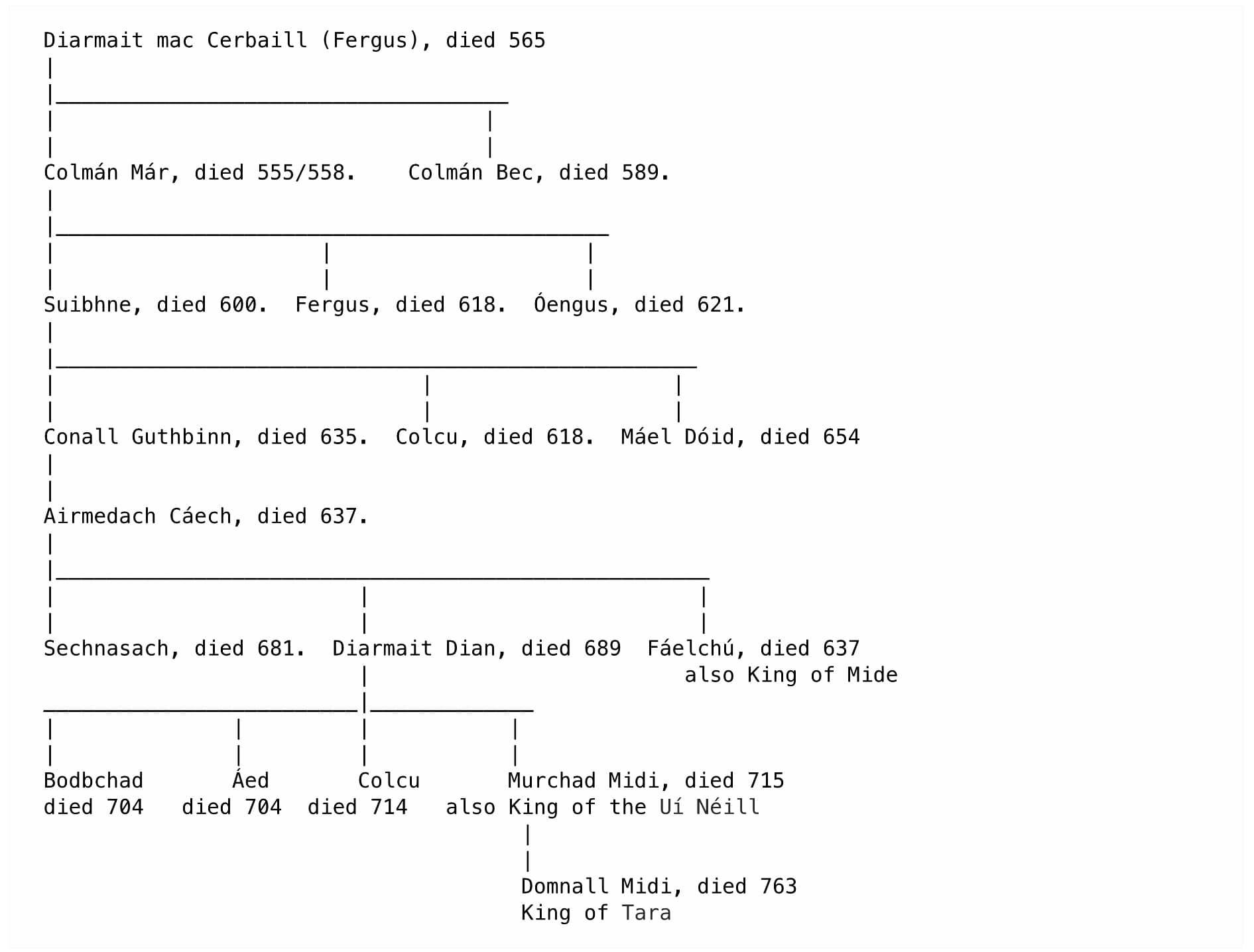